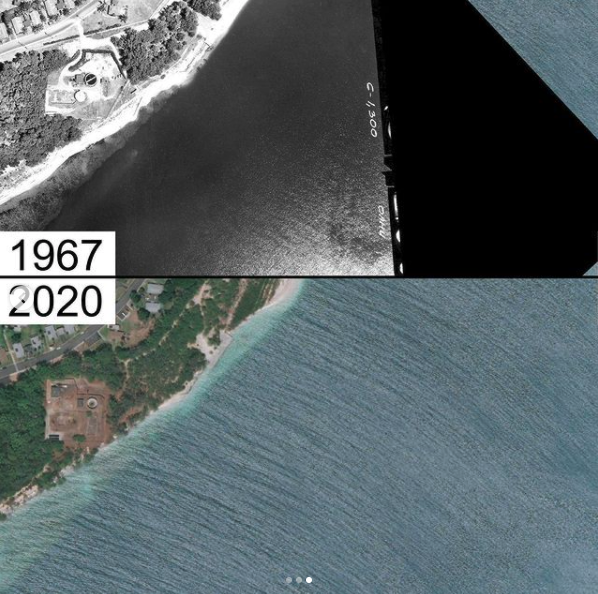 To the Maui Planning Commission:

On behalf of the Surfrider Foundation Maui Chapter, we submit the following comments and concerns on the Draft Environmental Impact Statement (DEIS) for Kahana Bay Erosion Mitigation (“Project”). These comments were previously provided to Sam Lemmo and the Department of Land and Natural Resources. The Surfrider Foundation is a non-profit grassroots organization dedicated to the protection and enjoyment of our world’s ocean, waves, and beaches for all people. Surfrider Foundation maintains 160 active chapters and student clubs worldwide, including four chapters within the Hawaiian Islands Region.

Surfrider Foundation Maui Chapter appreciates the state’s effort to protect our coastal communities from erosion; however, we are very concerned about the use of T-Groins for this project and  the failure to include any elements of managed retreat. Groins are an engineering strategy of days past that have been widely criticized for their crude impacts to waves and regional beach management. Even the United States Army Corps, describes groins in its Coastal Engineering Manual as “probably the most misused and improperly designed of all coastal structures (Coastal Engineering Manual, V-3-59).” Even the California Coastal Commission, the quasi-judicial state agency in California that balances coastal access with private property rights, hasn’t permitted a new groin in California since 1998 because of their extensive impacts on down coast erosion and on coastal resources. As a 2019 San Diego Union Tribune article puts it, “The Coastal Commission generally frowns upon seawalls, revetments and groins. Numerous studies have shown the structures can contribute to erosion and cause more problems than they solve.”

In Hawai’i, the series of T-groins along Keahi Point (aka Iroquois Point) are heralded as a success. However, photos comparing the area of Keahi Point before and after the T-groins were installed show significant sand loss to the beaches east of the groin structures (pictures below). The negative impacts of coastal hardening structures like T-groins are well known and only beget the need for more hardening structures.

Despite the well recognized issues with T-groins, the Project DEIS fails to adequately acknowledge that beach renourishment is not a long-term solution to beach erosion, and the use of groins will just exacerbate erosion down the coast. With a stated estimated lifespan of up to 50 years with another renourishment effort within 30 years, the Project’s reliance on groins and beach renourishment is an expensive short-term “band-aid” rather than a long-term, holistic solution.

In addition, the Surfrider Foundation gives preference to proactive, long term coastal adaptation mechanisms, such as managed retreat and living shorelines (e.g. “soft armoring”) over the use of short-sighted “hard armoring” (e.g. seawalls, groins and revetments) when responding to sea level rise and coastal erosion. The current acceleration of sea level rise and chronic erosion events across Maui and Hawaiʻi warrant that the state and this Project provide a more formal evaluation of coastal adaptation and enhanced resilience options, including managed retreat.

“Stated frankly, beaches and coastal development may not be able to coexist in a future with sea level rise. Now that we’re beginning to see this first-hand, perhaps it’s time to step back and consider where we are going, what we are doing, and what is really at stake.”
(Office of Conservation Coastal Lands Staff, https://climate.hawaii.gov/hawaii-beaches/, July 17, 2020)

While understanding that stronger state and county policies are needed to advance managed retreat on Maui and in Hawaiʻi, we disagree with the agency's conclusion that this alternative should not be further evaluated under the EIS process. It is our belief that managed retreat is the only truly sustainable long term solution and the best option for our island, our coastal wildlife and our community at large. Furthermore, while the DEIS references the anticipated costs and challenges of managed retreat, it fails to fully acknowledge the considerable benefits associated with beach preservation, which are enormous and extend to the broader public.

We strongly encourage the county and state to protect Maui’s coastal economies, beaches and communities by developing a plan to relocate high risk coastal infrastructure further from the ocean. If we fail to plan ahead and retreat from the coastline in a managed way, we will just continue to experience the same situation of chronic erosion while more beaches disappear and structures become inundated and damaged by coastal hazards. We will also continue to rely on reactive and expensive projects in order to address imminent threats to coastal infrastructure. Developing a thorough plan for managed retreat, including an implementation schedule, is the only way to truly provide a long-term solution that protects the future of Maui’s beaches and communities.

Surfrider Foundation Maui Chapter appreciates this opportunity to provide comments on the Project DEIS, and hopes that you will reconsider this Project by incorporating aspects of managed retreat stated above. 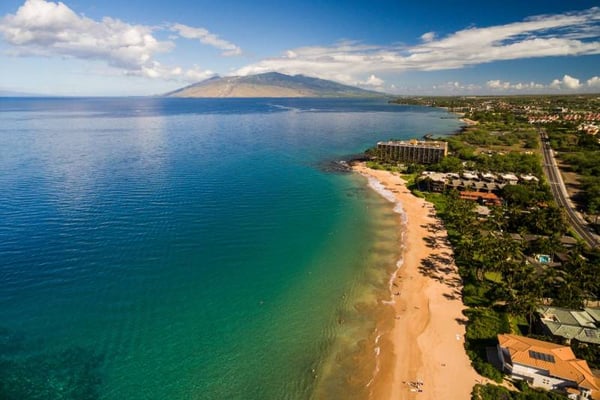 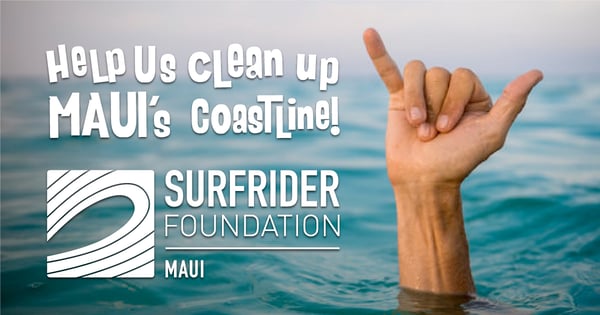 09.02.21 Windsurfing legend is giving away books and sunglasses to help clean up Maui’s Coastline.